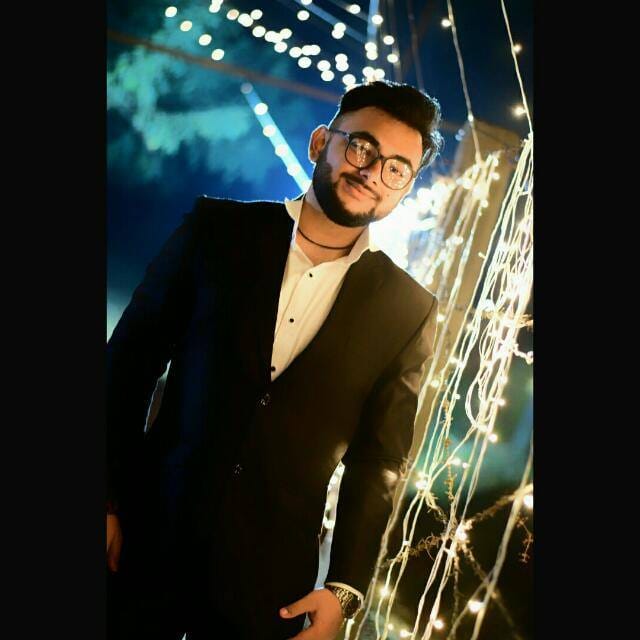 The hardest start in life for any child is to lose a parent and then be thrown into an emotional pit of dark despair with daily financial hardship. Any person let alone a young child could be completely lost for years, indeed forever, because of this early bleak experience

Banajit Sharma lost his father when he was only three years old. But he had the good fortune to have loving loyal protection from that tragic day. Thanks to the loving support-continued to this day - of his mother and close friends he slowly started a journey through life that has taken him to the land of self-sufficiency and independence. Art has been his vehicle through life. A journey that started in one shape and has now taken him through many others!

Indeed, some of his paintings reflect the emotional challenges he has faced on that journey and the turmoil they nearly caused in his life. One recurrent theme which shines the bright life of hope and optimism upon his work in contrast to darkness draws upon the dazzling colours of beautiful India as well the same natural environment of Assam, his home state.

And his work tells us something else. Banajit is a resourceful individual with the ability to identify how one gift or skill in a particular area can be creatively transferred to another one. Engineering to Art? Medicine to Art? You might think there is no transfer or connection here. But there was and there is for Banajit. The education of both his practical experience as a signatory in a medicine company and the technical skills developed as a mechanical engineer have provided a solid foundation from which to experiment with concepts, colours and shapes. Engineers are renowned for their ability with spatial thinking and problem solving. Many of Banajit’s works challenge us to think spatially and to reflect on their deeper meaning if we have a problem to solve. The problems of life -old and new - are often depicted by him, sometimes indirectly at first to stretch our thinking.

Travel broadens the mind they say. It has broadened not only his mind but helped establish a growing network of fellow artists and supporters. In his young life thus far, now devoted to art, Banajit has travelled to many parts of India with the hope and prospect of further internal travel and venturing further afield to Europe. It was notable in this respect that the British Council, a renowned international organisation has asked him to give talks and show his paintings at some of their Indian centres. Engagement with other artists has of course arisen from these activities and he has not been slow to utilise the wonderful opportunities that social media presents to any single-minded person who pursues his art with passion!

Social media includes contact with those artists who are starting out and might want to bounce ideas around with Banajit. But it also includes for him renowned leaders in their field such as Sotheby’s and other prestigious art galleries around the globe.

When people ask him directly why he chose art as his pathway or his vocation, he traces his answer back to his roots. Each and every kind of engineering he believes can be found in art.

And that is a powerful reminder that engineering captures models, patterns, shapes, shades of colour as well as one process linking to another one. Visual painting is his principal focus because it sharpens anyone’s mind and provides scope for reflection. Just like engineering!

Those roots as an artist first began with Banajit when he was five years old, two years after the death of his father. And although he hardly got to know his dad, Its clear that Banajit’s definition of his life as an artist since that very early age has been a roller coaster ride of joy and sorrow, failure and success.

Born in India and greatly influenced by its beauty of course. But Italy would feature on another list of top preferences. It is no surprise that Banajit is a big fan and follower of Leonardo Da Vinci. An artist who whose had a broad span of others interests but linked these to art. And of course, these other areas of interest included architecture, science, music, mathematics, literature, anatomy, geology, astronomy, botany, palaeontology, and engineering!

Recently Banajit was asked about his own deep inner thoughts as an artist. He said two things:-"Our universe will be destroyed when people find ultimate supernatural power" and

"If Newton can discover thousands of formulae from an apple, then why can Steve Jobs not fix the apple back of the phone with the same formula".

Finally, he has chosen the 'Tota Pulchra' association as his platform because Italy is a favourite country for him as an artist because of De Vinci. And above all perhaps there is a link here to Banajit’s favourite artist -Picasso! Although born in Spain, Picasso was originally a Roman Catholic and some of the Tota Pulchra works reflect this religious theme. And of course, the word Picasso

Is given to a north western coastal region of Italy – Liguria.

But on a more tangible level related to Banajit, Picasso showed a passion and a skill for drawing from an early age. The “Cubism” schools and concepts of art which Banajit so admires can be found to have their origins too or at least shades of engineering!