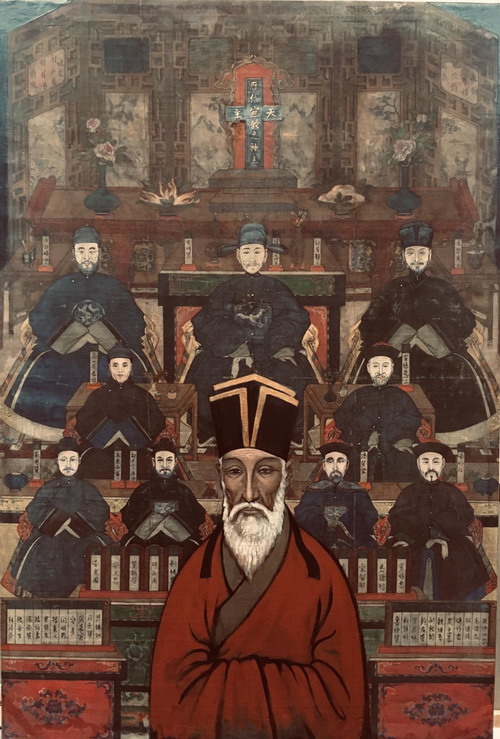 The emergence of Christianity in China dates back to a thousand years ago, but it was only 600 years later that Christian culture really penetrated China, thanks to missionary Matteo Ricci. While spreading Catholicism to the Chinese, he taught them astronomy, mathematics, geography and other scientific and technological knowledge. In close connection with a group of Chinese scientists, he was also the first to import Western scientific and technological culture into China. On the other hand, he loved Chinese culture and History and was proficient in the Chinese language. He connected China and the Holy See by means of letters and translations of Chinese classics. He introduced the splendid Chinese culture in Europe, where he also originated what was called "Chinoiserie."

But in recent centuries, the relationships between the Holy See and China have undergone many changes, especially in the context of the struggle of the Chinese people against imperialism. The relationships between the Vatican and communist China were in a deadlock for sixty years but they have recently taken a better turn and dialogue has been restored. This change is of historical significance, and despite the difficulties, we must continue to work hard to promote friendly relations between China and the Vatican. We all follow with attention the evolution of Chinese Catholicism and the fate of Chinese Catholics. The two states are respectively the most populous country and the least populated country in the world, but the world's Catholic population is comparable to the Chinese population. Communication and dialogue are therefore very important.

I hope that thanks to this exhibition, people will understand the Chinese Catholic Church better and that more people will be interested in the interaction between China and the Vatican. In addition, I hope that the Chinese will see that God, the Pope and the people of the world love them and always will.

Ricci built a bridge between China and Rome, and this ancient bridge is destined to be larger and more robust, four centuries later. Ricci sowed the seeds of Christ and shed the light of science. His contribution to the exchanges between China and the West has already yielded fruit. I want to follow in Matteo Ricci’s footsteps and continue this intercultural dialogue. China has developed into an economic superpower, and many Chinese Catholics continue to believe in God, despite difficult circumstances. But there are also many wealthy Chinese who feel a spiritual void and experience a crisis of faith. The exhibition we will hold in the Vatican, the world's Catholic capital, has a special historical significance, because this is the first time that a Chinese artist's exhibition will be held there.

Pope Benedict XVI said: "Matteo Ricci understood all that was positive in the Chinese tradition and offered to enrich it with the contribution of Western culture but, above all, with the wisdom and truth of Christ".

Let’s make this exhibition a tribute to Matteo Ricci.

God bless China and may everyone pray for this country.